/ BOOK “THE ART OF DRESSING TIME”

BOOK “THE ART OF DRESSING TIME”

This bilingual book was published in 1995 to celebrate the 135th anniversary of the brand and offers a comprehensive retrospective of the Juvenia history from its early years up to the middle of the 1990s. It brings together a brand's history and watchmaking evolution analysis with exceptional archival documents and images.

Telling the exceptional story of a company rooted in tradition is a thrilling venture, and this journey through the decades teaches a subject learned with pleasure. In a perpetually changing world, which often shoulders aside the values of the past, it is comforting to be able to trace the trajectory of a name in a constellation of stars.

Set into a perfect orbit from the start, the creative talents working for Juvenia have achieved the smooth transfer of their view of time to their successors in a process of continual adaptation that never loses sight of the brand's own identity.

It would be a fundamental mistake to think for one moment that the business hazards of today were not also a feature of the past. The history of watchmaking has always alternated between high expectations and deep disappointments.

Juvenia has managed to see through these ups and downs because it has two intrinsic qualities: faith and willpower. The first implies confidence in the future and the demonstration of a belief in the survival of a dynamic industry of worldwide renown. The second requires the determination to move with the times along a resolute path of success.

Throughout its existence, Juvenia has achieved the happy combination of proven originality and the mastery of avant-garde technologies. Its aesthetic sense has brought forth masterpieces that lead it triumphantly onwards.

Juvenia builds its future on these strong foundations of tradition by setting long-term objectives - the only way of ensuring a smooth ride through the vagaries of fortune.

Juvenia's disciplined yet outward-looking policy constitutes the bulwark of its perenniality.

We extend our warm congratulations to the current managers of Juvenia for taking the decision to produce this wonderful book, which not only bears witness to a rich past but also looks forward to a hopeful future. 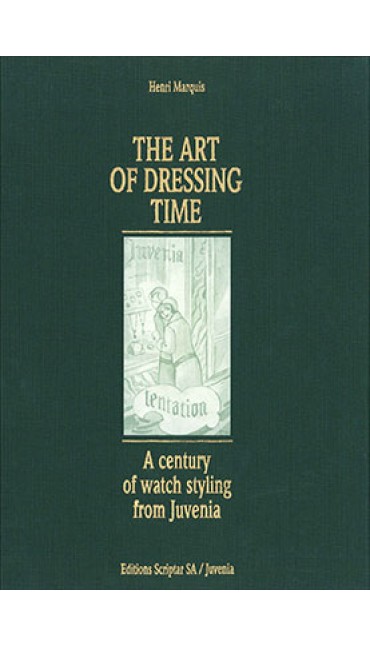